You are here: Home / Archives for Chapter 7 Bankruptcy

We’ll start with some good news. The University of Michigan / Thompson-Reuters Consumer Sentiment Index reported its highest reading in more than seven years. November’s reading of 89.4 surpassed the expected reading of 88.0 and was higher than October’s reading of 86.9

The average rate for a 5/1 adjustable rate mortgage rose by 5 basis points to 3.02 percent. Discount points for all three loan types held steady at an average of 0.50 percent.

Last week’s report was the ninth straight week that new jobless claims came in under 300,000. The reading for the four-week rolling average was 285,000 new jobless claims, which represented an increase of 6,000 new claims.

This week’s number of scheduled economic reports will be more robust. The NAHB Housing Market Index, Housing Starts and the National Association of REALTORS® Existing Home Sales reports will be released.

The minutes of the most recent Federal Open Market Committee (FOMC) meeting of the Federal Reserve will also be released along with weekly mortgage rates and jobless claims data. 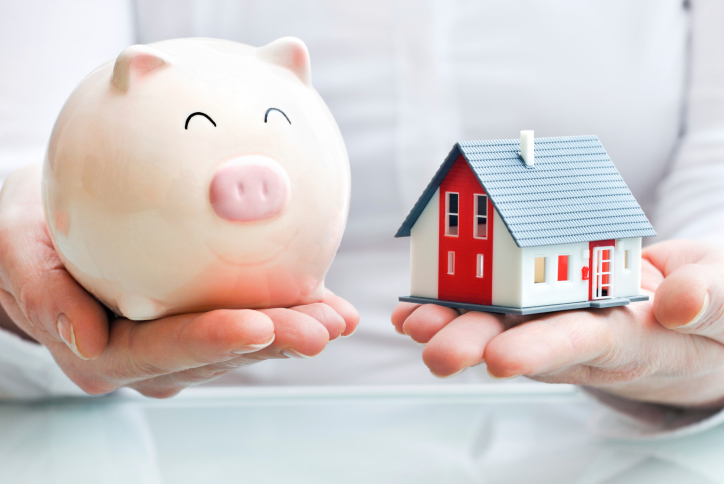 As economic influences affect the housing market in the United States, there has been the introduction and development of programs to assist with the downturn.

During the 2009 economic crisis in the United States that resulted in home prices and values falling, a program named HARP was introduced to assist the many affected homeowners.

Harp has since developed and a 3.0 version has been introduced. As a result, many homeowners are beginning to wonder: What will Harp 3.0 mean for homeowners after 2014?

In 2009, HARP 1.0 was introduced. The program was designed to help homebuyers who couldn’t refinance their homes because of the sudden and significant dip in home values.

It was open to borrowers with loans that were taken out prior to May 31, 2009, and other requirements made the program available only to homebuyers with a good payment history and a loan-to-value ration of 125 percent, meaning that the borrower could not receive a loan of over 25 percent of the home’s total value.

This program came to help some homeowners who were affected by the economic downturn, but wasn’t available to those in the foreclosure centers in particular areas of California, Nevada, and Arizona.

In October of 2011, Harp 2.0 was introduced with changes that helped to make the program more helpful to homeowners who were in trouble as a result of the financial and housing downturn.

The 125 percent limit on the loan-to-value of the Harp 1.0 program was removed, allowing those with significant value drops in their homes to receive help as well. Changes were also added to allow borrowers to refinance investment properties, and borrowers were allowed to switch lenders to shop around for a refinance under the Harp 2.0 program.

The Responsible Homeowner Refinancing Act of 2013, which is widely referred to as Harp 3.0, is one approach to solving the problem.

The Harp 3.0 program has been presented, and, if passed, will lower the fees involved. This means that need for appraisals will be lessened, making the program more widely available to homeowners experiencing financial difficulties, and there will be greater ease in the underwriting process.

The Harp 3.0 program, if passed, would also not be constrained to only loans owned by Fannie Mae or Freddie Mac, as restricted in Harp 1.0 and 2.0. The new version of the Harp refinance program means that homeowners with sub-prime mortgages may become eligible, too.

With the media covering the possibility of Harp 3.0 in 2014 and many homeowners anticipating its availability, which might finally mean their eligibility for refinancing, there is a great chance of significant financial improvement and progress for homeowners. Getting refinanced is exactly the progress many homeowners have been awaiting.

For more information on the Harp 3.0 program, talk to your mortgage professional today. 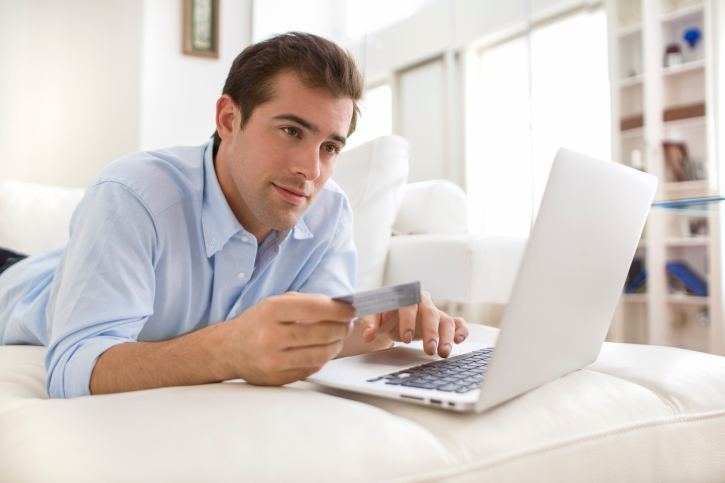 Over the course of a lifetime, financial development can lead to some wonderful opportunities. A person’s financial development and state of affairs is something that is particularly important when it comes to taking out a bank loan to further progress in life, and the largest loan most people will require is a mortgage for a home purchase.

Since the process of getting approved for a mortgage is heavily dependent on credit history and that three-digit credit score that reflects reliability as a borrower, you should always put forth practices to keep that number healthy and growing.

However, how much importance does a credit score hold? Does that magic, three-digit number need to be above 800 in order to get approved for a mortgage?

The FICO Score: The Magic Number That Counts

Fair, Isaac and Company is the scorekeeper of your FICO score, which ranges from 300 to 850, 850 being the highest of all scores, and 300 being the lowest.

Every person in the United States has three FICO scores from the three different credit-reporting bureaus. Up to 80 percent of financial lenders will use a borrower’s FICO score in order to approve a mortgage application and determine a suitable interest rate on the loan.

If your credit score isn’t perfect (ie. above the 800 mark), you need not worry too much. There are many options available for those with credit scores around 600, and, with many different financial lenders to consider, having a mortgage approved sometimes means persisting with an application to several different lenders before receiving a “yes.”

With a “fair” and “good” credit rating falling between 620 and 719, there are options available to get approved for a mortgage well under the perfect 800 mark.  An FHA loan is a type of mortgage loan that is insured by the US Federal Housing Administration, offering an option with more flexible qualification measures. For homebuyers with a credit score above 620, this is a viable and common option.

The median credit score in the United States is 723, and anything above 720 is placed with the marker of “excellent credit.” Therefore, just because you may range just slightly above 720, which may feel miles away from a perfect 800, you’re likely in just as good of shape when it comes to getting approved for a mortgage. You can expect a mortgage approval with good interest rates if you have a credit score higher than 720.

Keeping an eye on your credit rating and understanding the measures that are used in determining your credit score will certainly help you maintain a good score. Of course, speaking with a professional and receiving expert advice is always recommended. For specified information on your particular situation, contact your mortgage professional to discuss your options for receiving a mortgage loan. 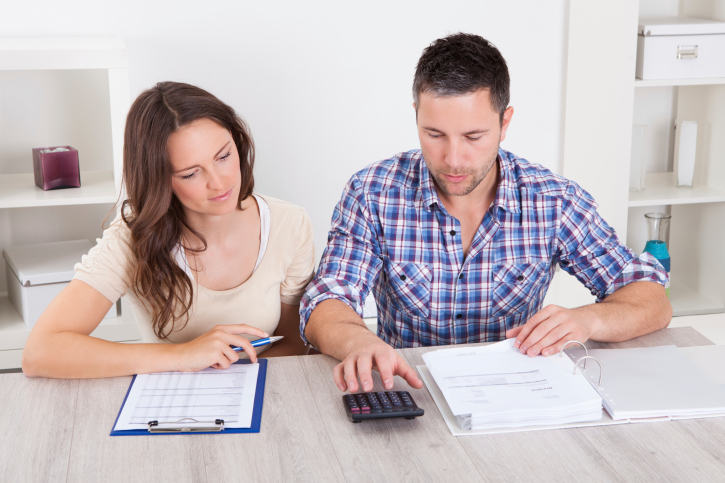 Putting down the largest sum of money at your disposal might seem like the best way to go when it comes to your mortgage down payment. There is a certain amount of truth to this, but the reality is bigger is not always better.

Ideally, the amount of money you settle on for your mortgage down payment will take into account your monthly budgeting requirements.

The Big Advantages Of A Large Down Payment

Fewer Mortgage Payments: The larger the down payment, the higher the likelihood that you will be able to afford a shorter mortgage. Unlike some of the other benefits of large down payments, ensuring this perk is available to you is solely dependent on whether or not your post-down payment budget will be able to support the necessary payments.

Lower Payment Totals: If you choose to stick to a longer payment plan, each month’s payment will be significantly less than it would have been had you chosen to put less money down up front. Of course, if you choose a shorter mortgage you will be required to pay more.

No Need For Mortgage Insurance: When the down payment is a lower percentage of the purchase amount, lenders will often require clients to apply for mortgage insurance as way to protect themselves in the case that a client defaults on the loan. However, if the buyer is able to make a larger down payment, mortgage insurance can be completely avoided.

Coping Smartly With A Small Down Payment

Making a larger down payment may not be an option for you in your current financial state. Opting to make a smaller down payment will still allow you to purchase your new home, with a few extra conditions. Higher interest rates and having to take out mortgage insurance are the two primary conditions you are likely to come across.

Once the down payment is made, your main concern becomes making the most of your monthly mortgage payments.

A great coping strategy is to get into the habit of paying off more than the amount due on as many scheduled payment days as possible. Another good strategy is to arrange for an accelerated payment schedule. These small adjustments could help you pay off your mortgage faster, and save you more money as a result.

When settling on a down payment amount, the most important issue to factor into your decision is whether or not you are capable of remaining financially secure after the payment is made.

If a larger down payment is going to dramatically impact your emergency funds, you may want to reconsider. Contact your local mortgage professional to learn more about choosing the most suitable mortgage for your budget.