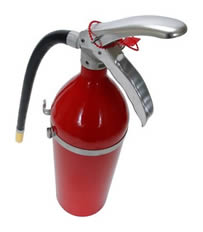 Everyone makes choices. Their outlook on life, whether at home, at work, behind the wheel or at the theater, directly correlates to the decision to be either positive or negative. In essence, it’s as simple as whether you see the glass half full or half empty. As author Stephen R. Covey puts it in his much publicized book, The 7 Habits of Highly Effective People,* you can choose to be proactive or you can choose to be reactive. He takes his theory a step further, saying that a proactive stance leads to greater success and contentment. From that perspective, a reactive person is sabotaging himself or herself.

Covey contends that every single day, people have 100 opportunities to be proactive or reactive. Let’s say you’re in your car on the freeway and an overly zealous driver is practically sitting on your tail in the fast lane. You’re driving at the speed limit, actually a couple of miles faster than the law permits. But the motorist behind you thinks he’s at the Indy 500. You can stay where you are, infuriate him and possibly get rear-ended. Or, you can move out of harm’s way, to that opening in the right-hand lane and let him pass. He’s in the wrong, and there’s no question about it. Will you follow his lead? Will you be proactive or reactive? It’s up to you.

It’s very empowering to look at life from Covey’s point-of-view. If you moved to the right lane, the reckless driver didn’t force you. He didn’t win. A vehicle can be a deadly weapon and you made the sensible, mature decision that shows why you deserve a driver’s license and the other driver belongs on roller skates.

At work, you can be proactive if you take the time to learn about the principles of nature – in this case human nature and people interaction.

“If you ignore the principles of human effectiveness, you (can) work very hard, but still not get what you want,” Covey says. Say that you’ve been working with a prospective client for the past three weeks, really putting a lot of effort into the new relationship. Then you learn, through some mutual acquaintance, that this would-be client ended up going to a competitor for the same service. It happens, and you don’t have to necessarily blame yourself. But, you should take time to reflect on the past three weeks. Were you really proactive or were you reactive? How did you interact with the client?

Covey says principles are “natural laws that govern the world.” To attain a proactive mind-set, he emphasizes one must create beneficial relationships, build trust and commit to self-renewal. “To be trusted, you must be trustworthy over time,” Covey asserts. As for self-renewal, he says renewal means “preserving and enhancing your greatest asset – yourself.”